Following on from the Commemorative Ceremony..

There was the Luncheon in the Anzac Hall courtesy of the Australian War Memorial. 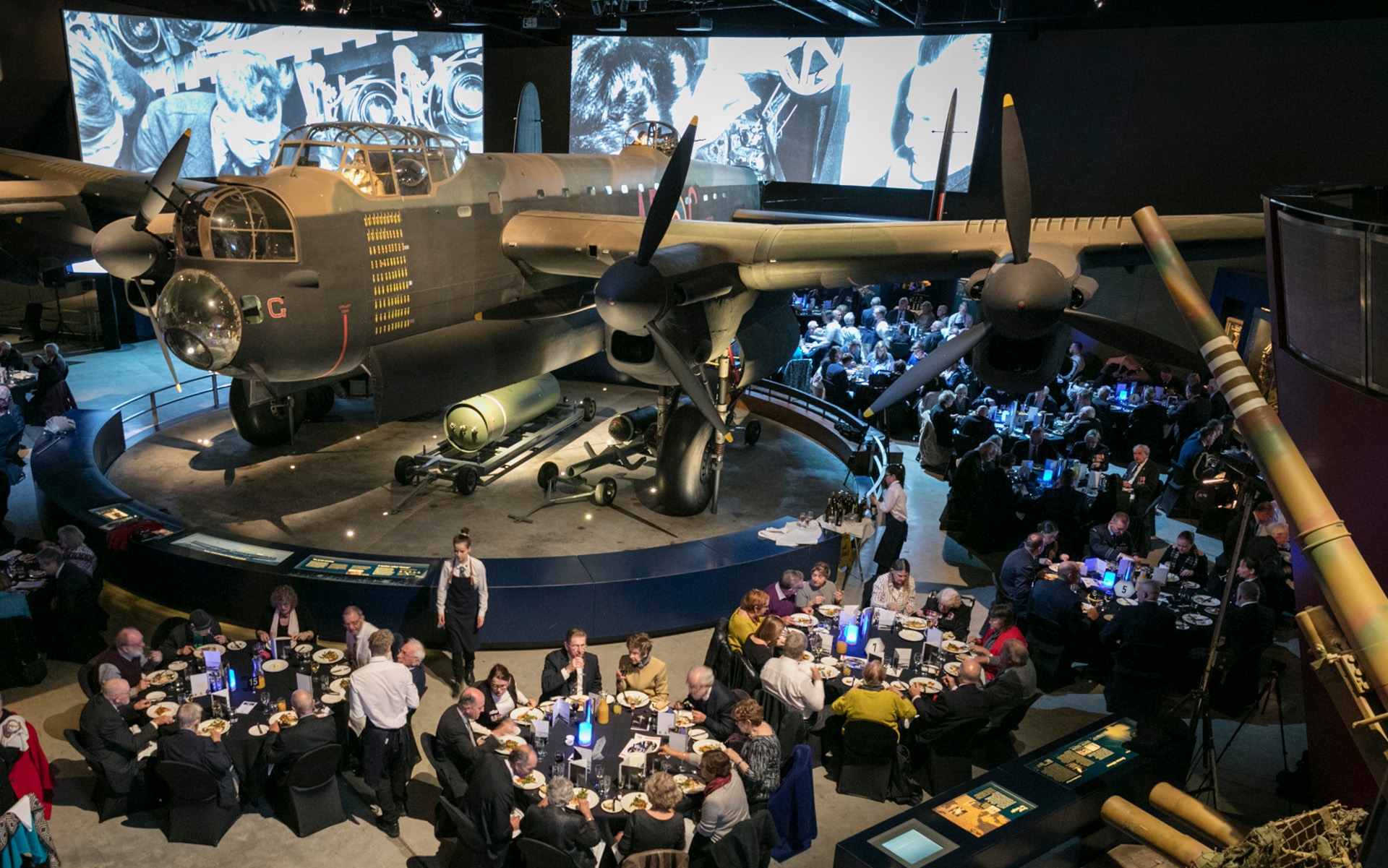 Dr. Brendan Nelson, Director of the Australian War Memorial offered to replace the Bomber Command Commemorative Day Foundation’s annual luncheon with a luncheon in the Anzac Hall to commemorate the 75th Anniversary of the commencement of RAAF Squadrons operations with Bomber Command. A great historian of all military things Australian Dr. Nelson’s event made a lot of Bomber Command surviving veterans extremely happy to be so honoured. 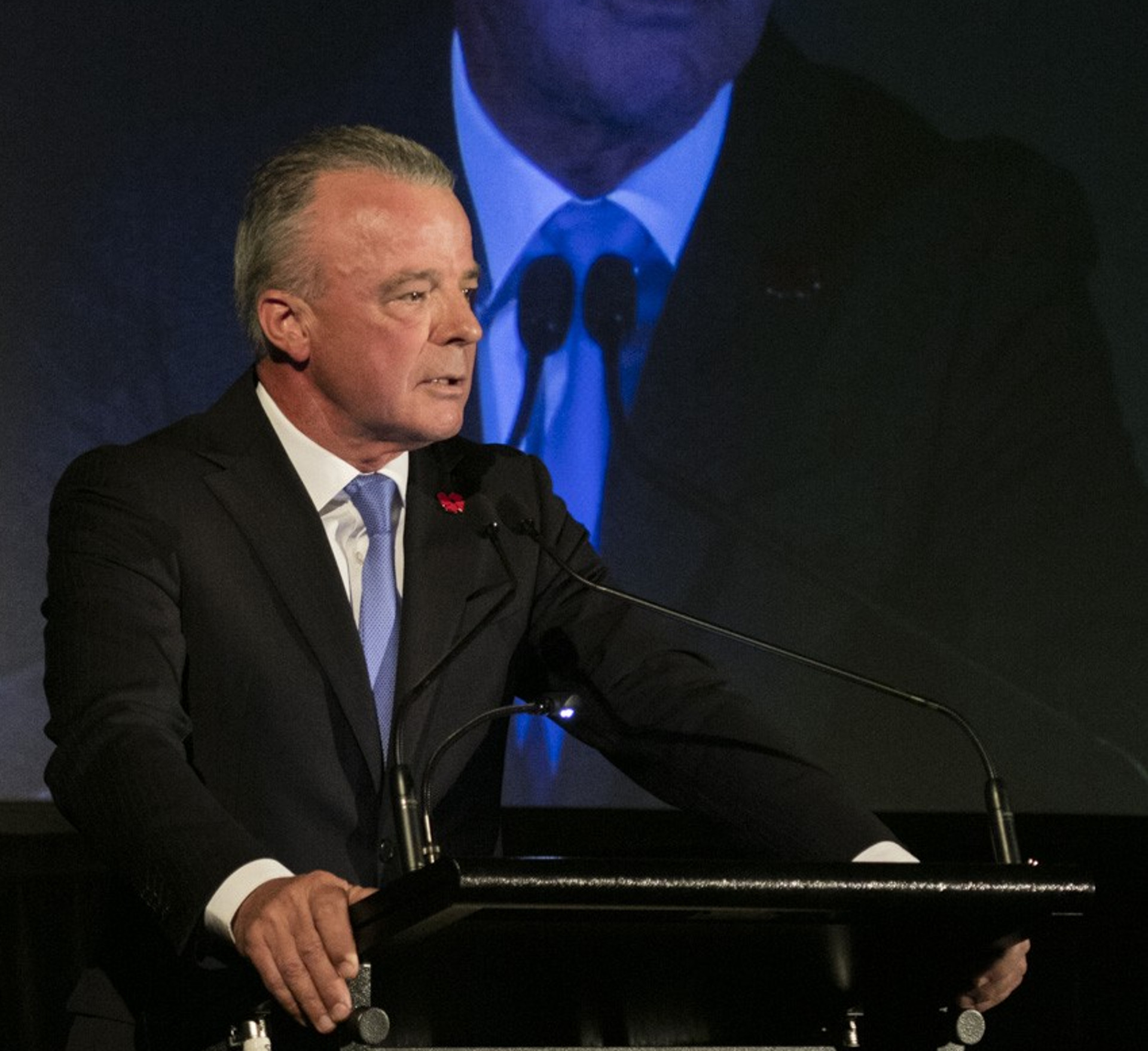 Apart from being the perfect Host his presentation was applauded by a standing ovation from the 300 guests who attended the luncheon.

A very pleasing seating arrangement had the veterans sprinkled throughout the tables which gave wonderful interaction during the afternoon. 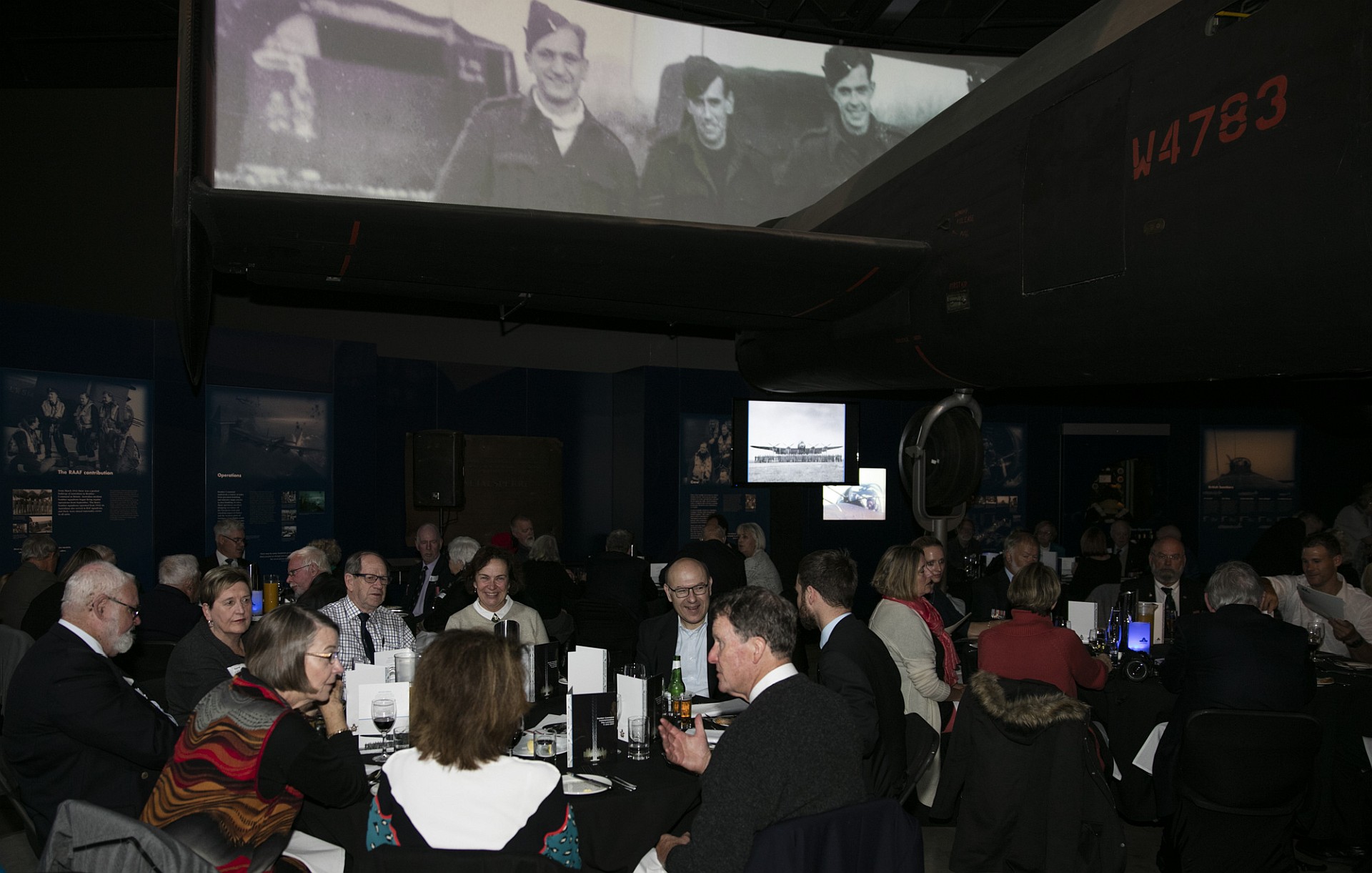 And then it was the veterans turn to speak. It all commenced quite unceremoniously ……… 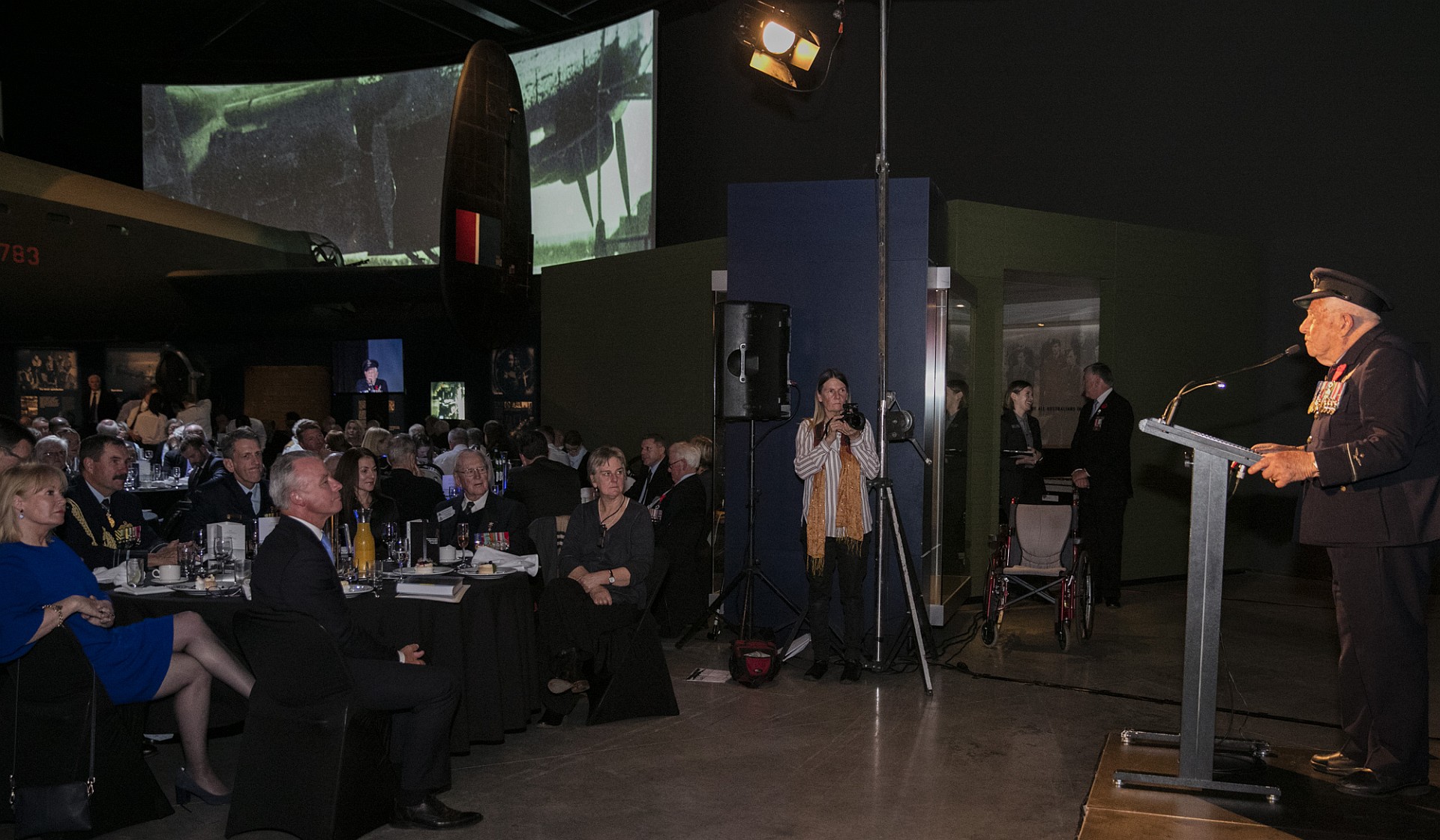 Which thankfully opened the floodgates.

Were those squadron rivalry stories going to be contested…… 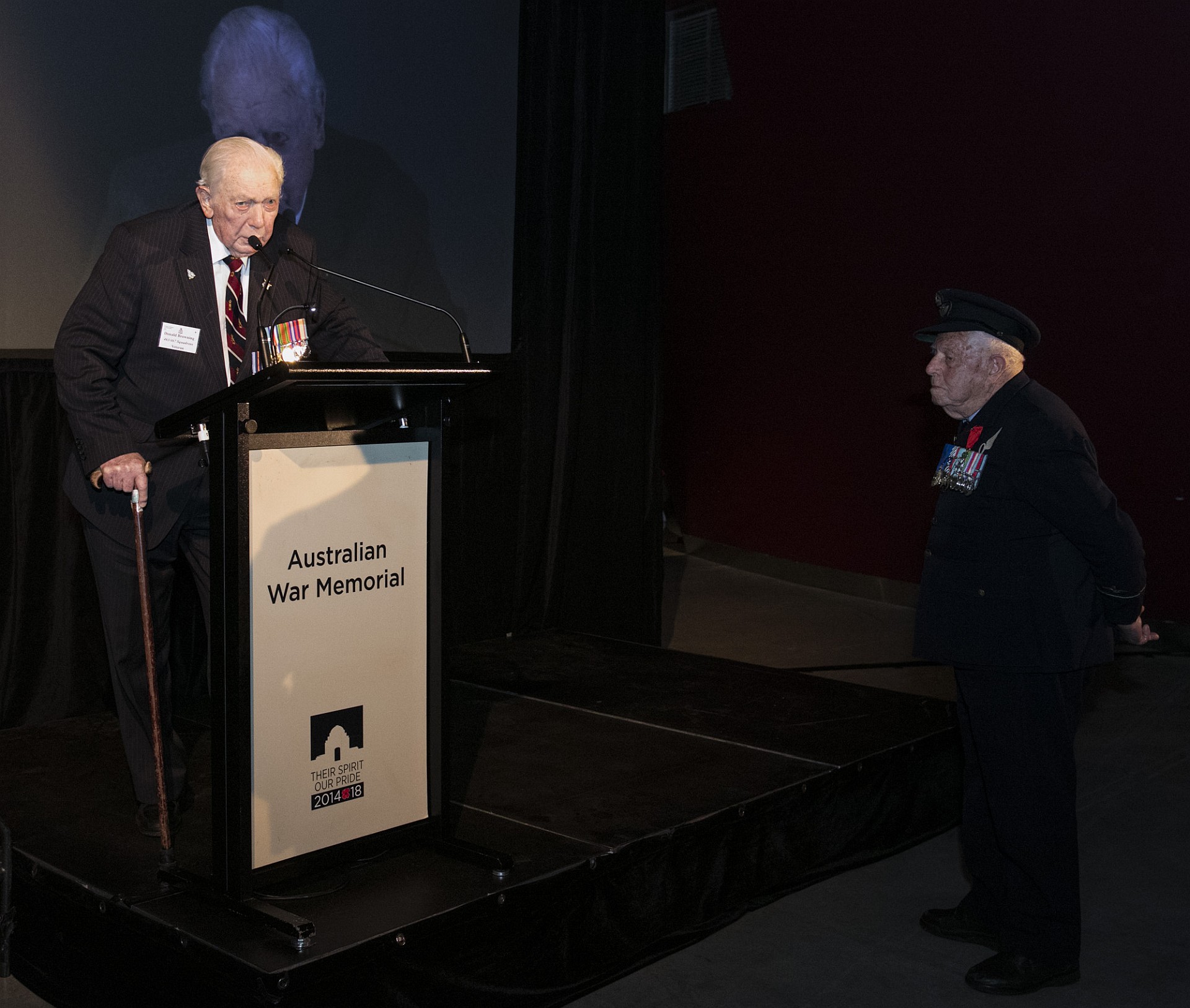 Veteran raconteurs tell it better than anyone. Using the whimsical side in danger stories but bringing pathos to the fore with those two words”… my mate.” It was a captivated audience. 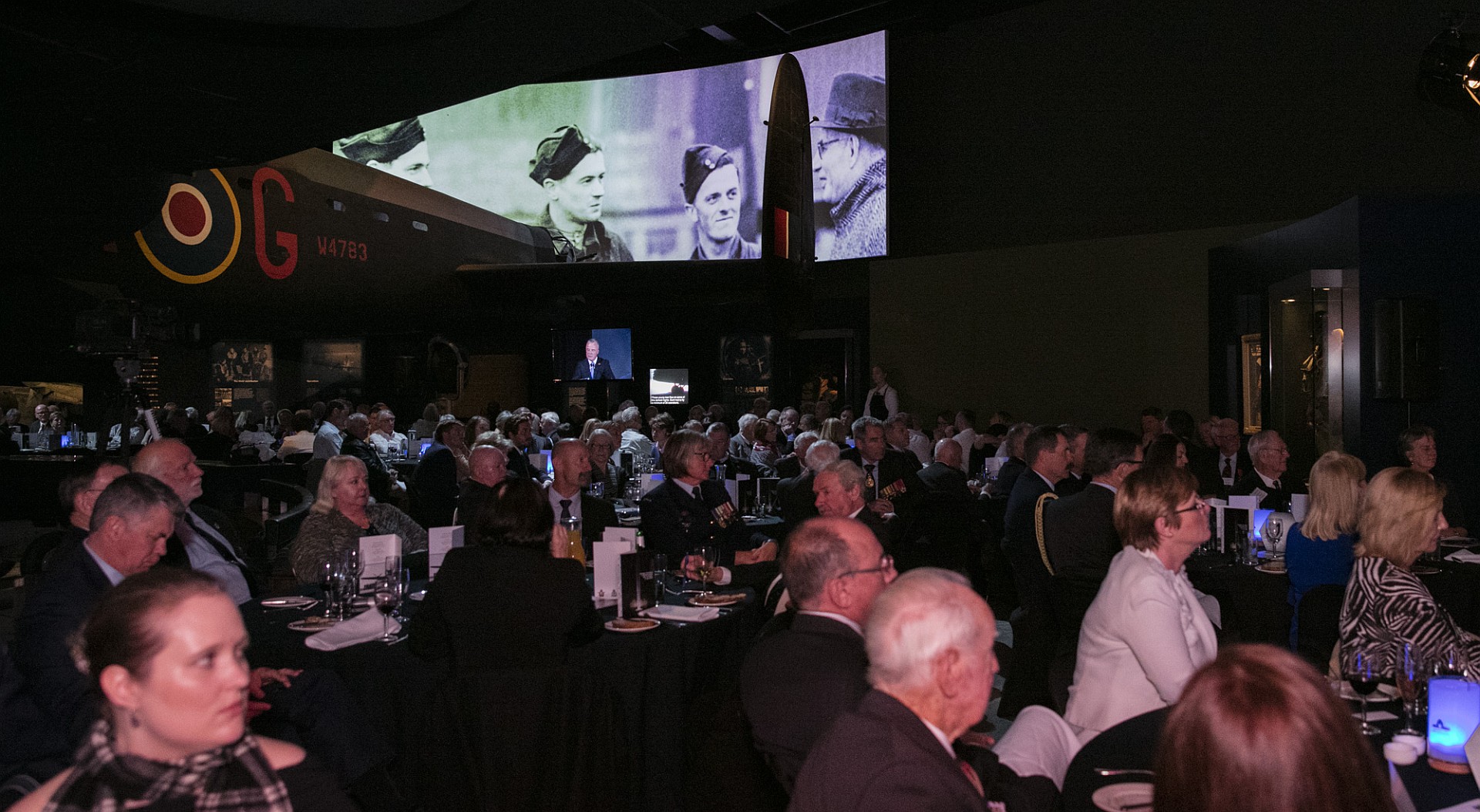 It did of course expand the integrated conversations at the tables. 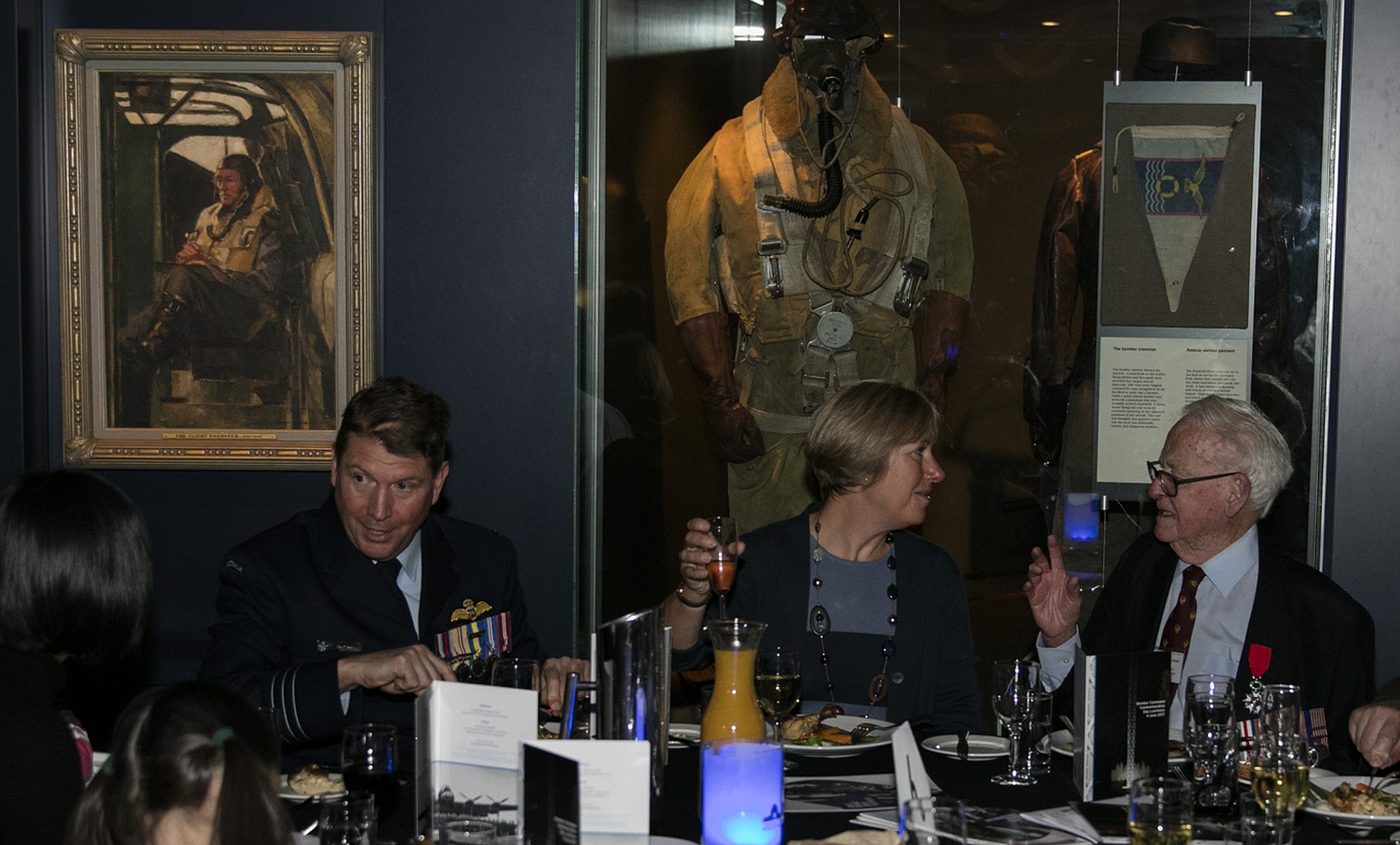 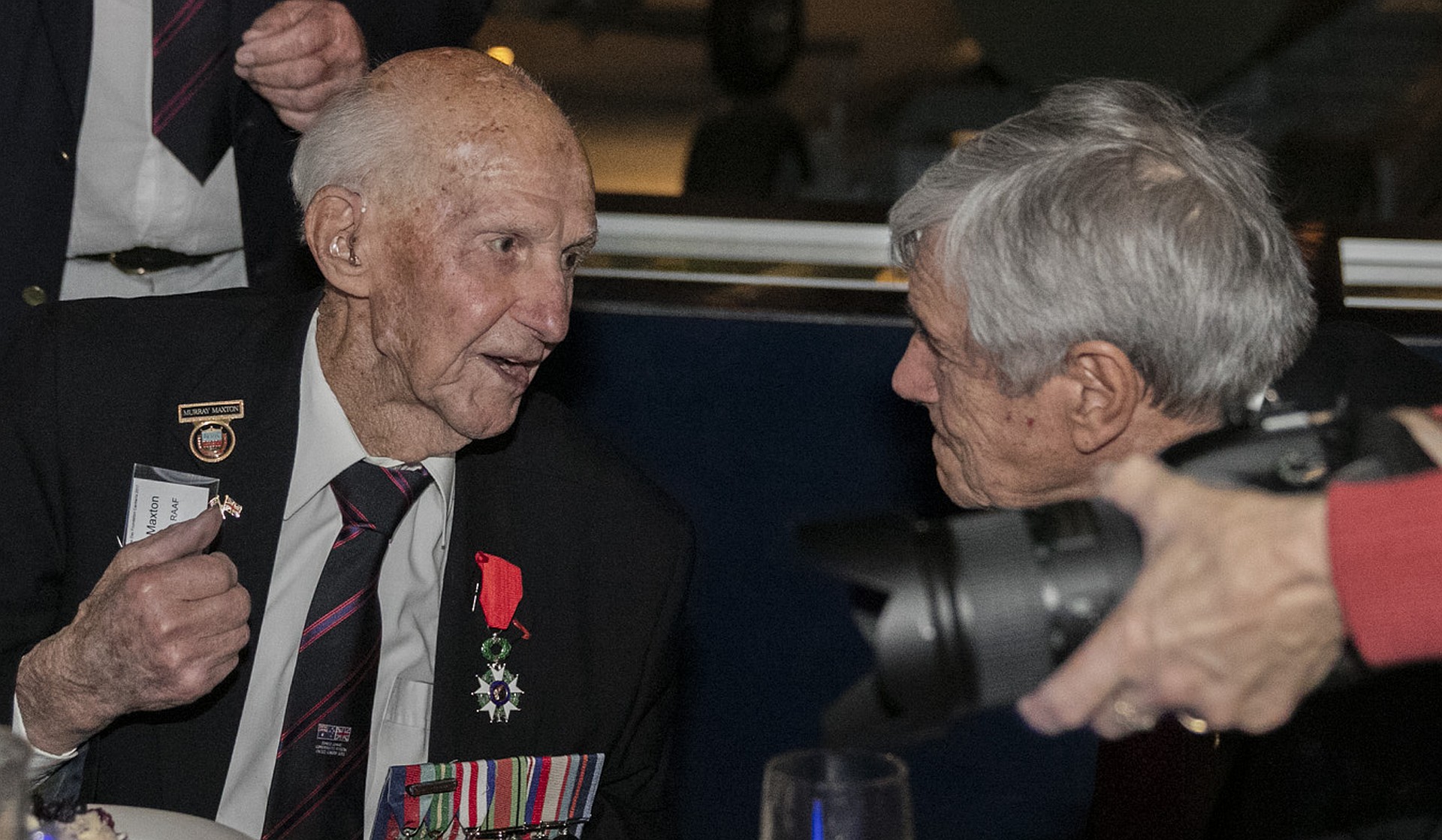 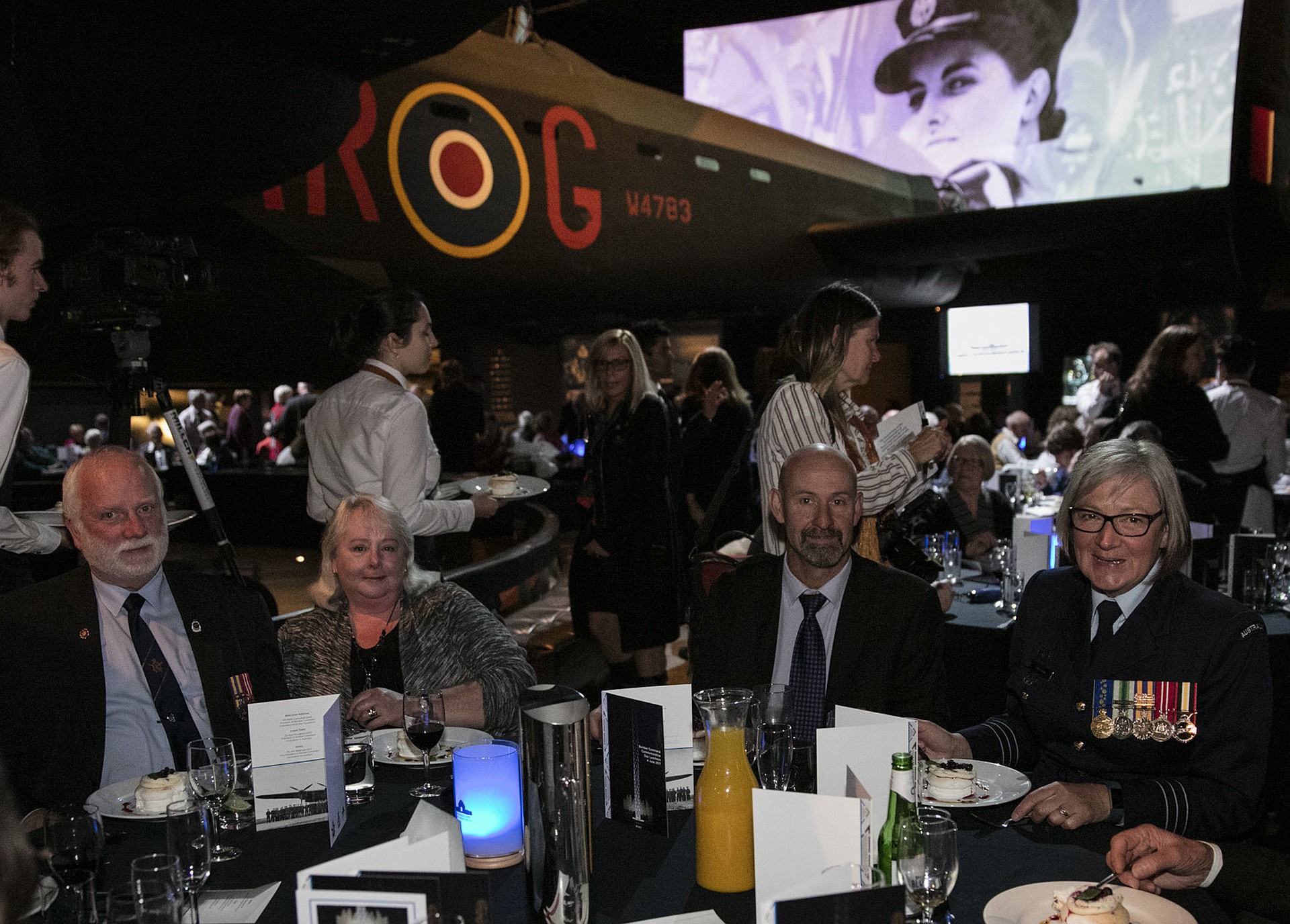 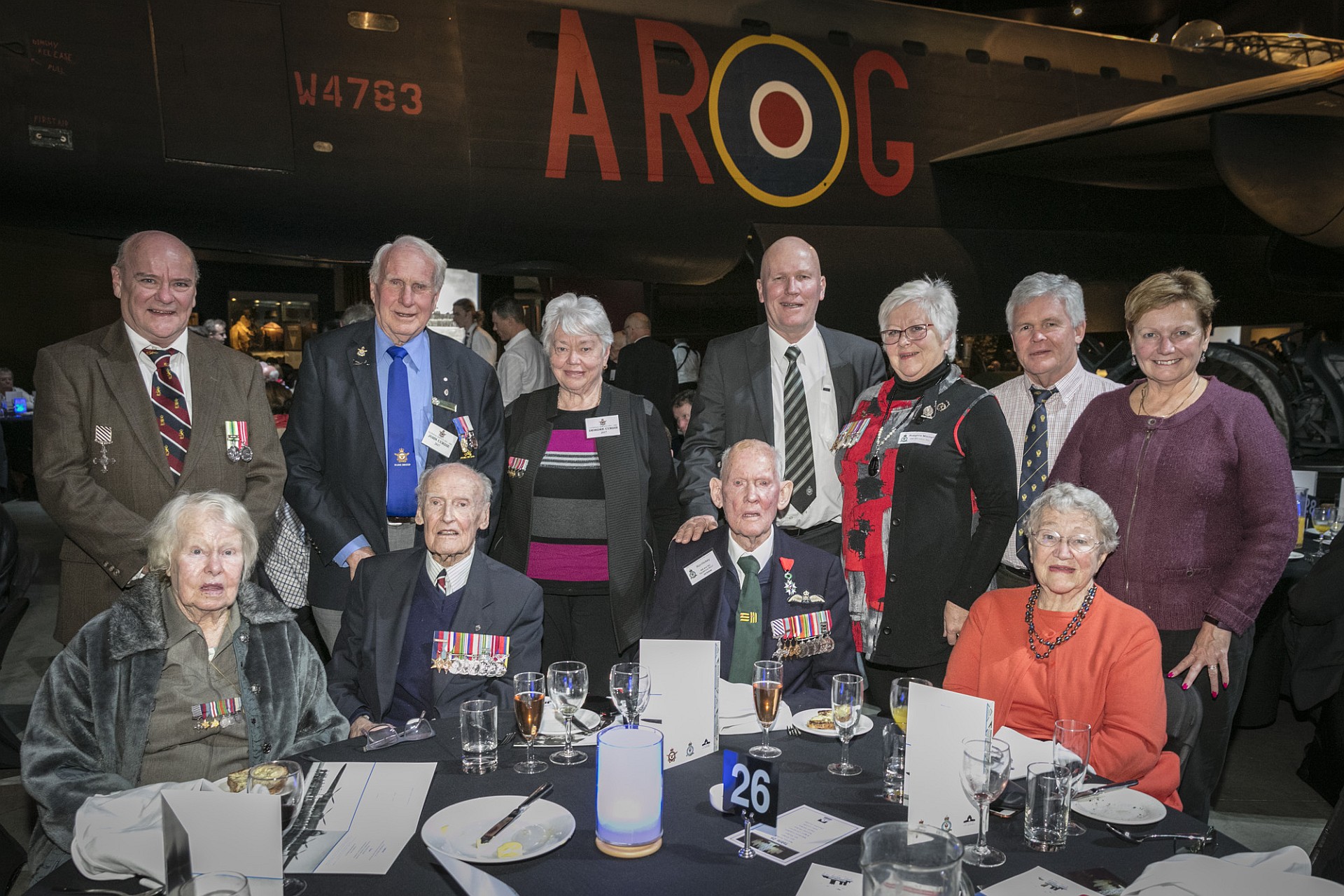 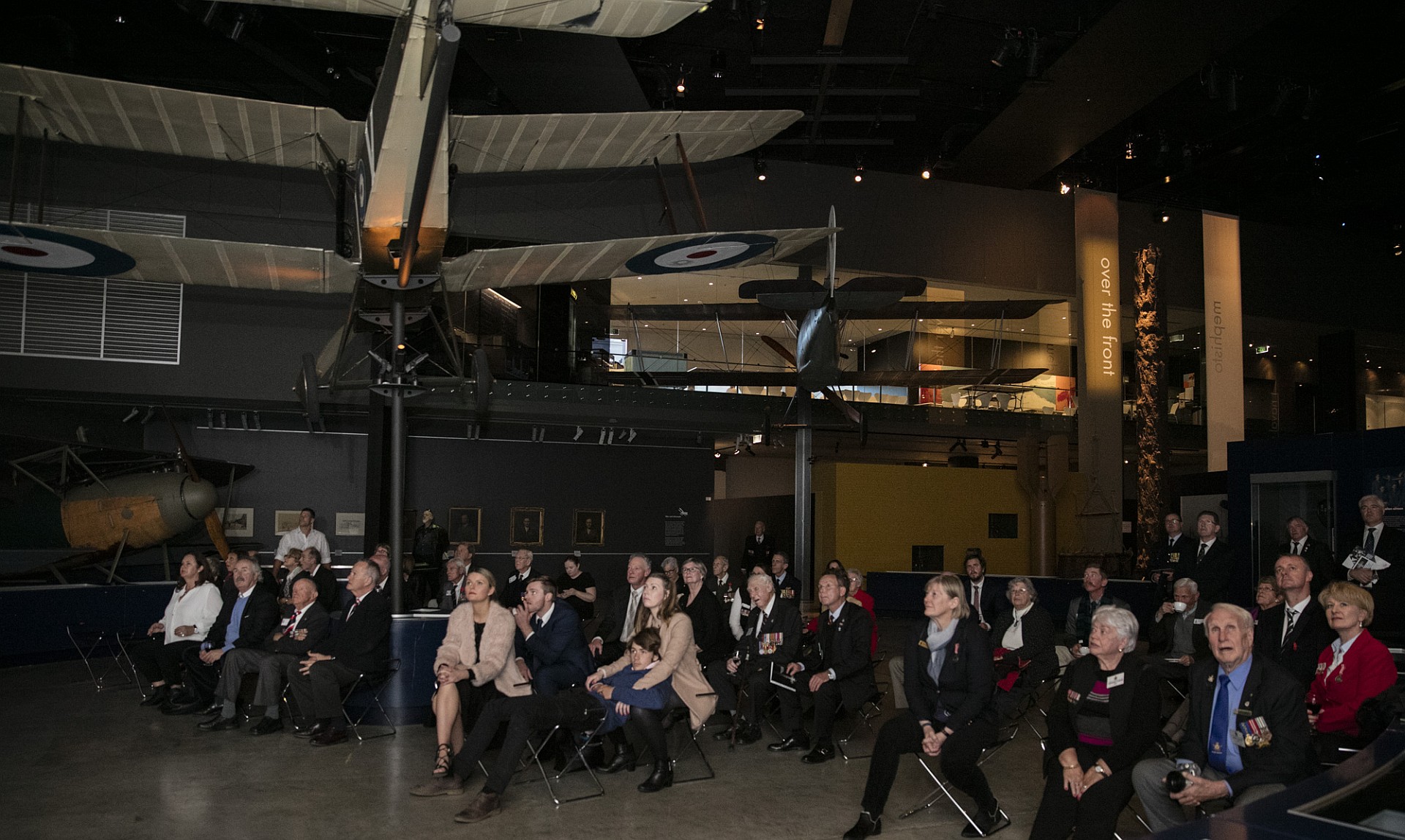 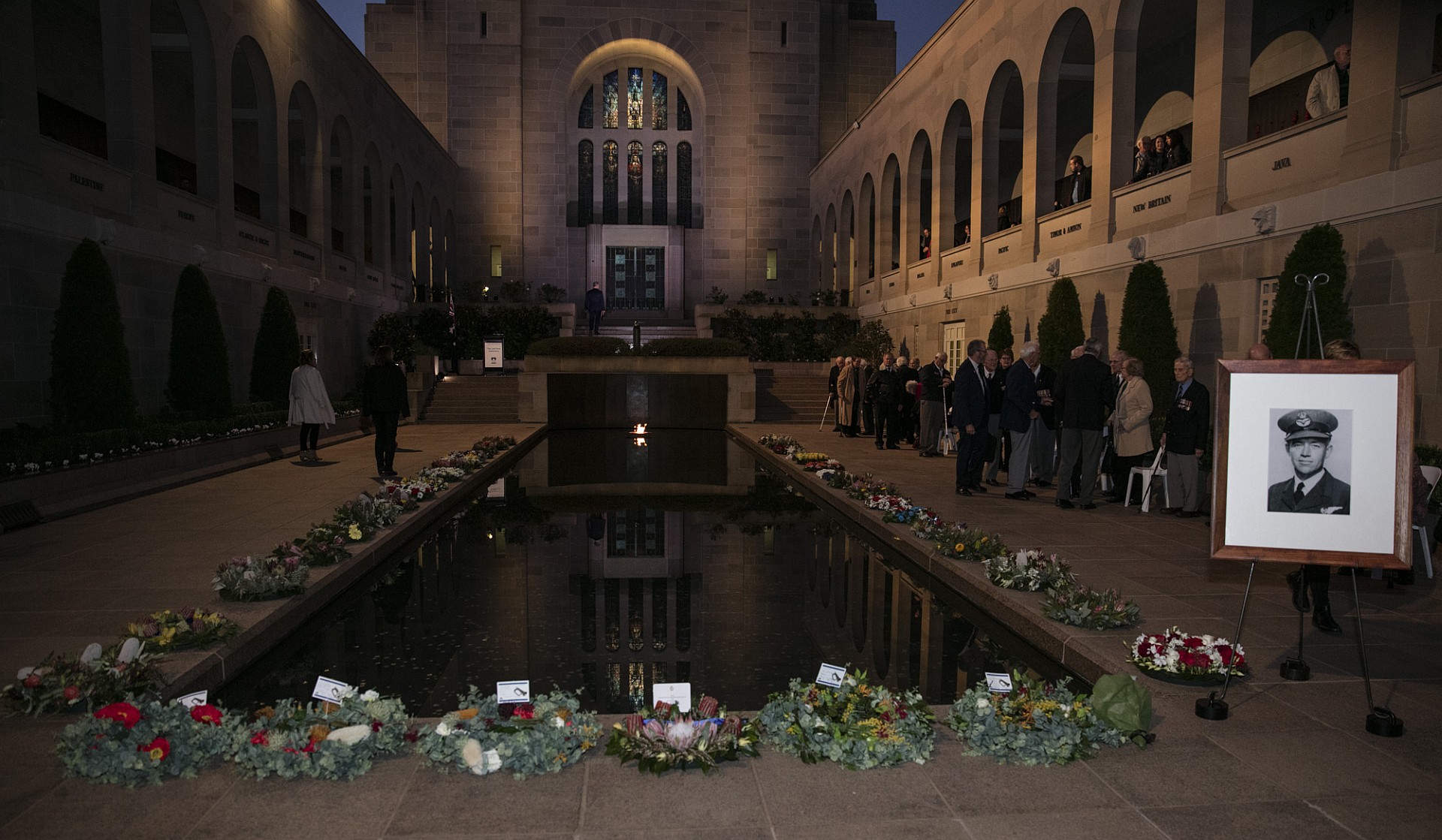 The newsletter can be downloaded in PDF form (14 pages / 6MB) at: